I have a fair number of Canadian Pacific gondolas in my fleet, probably more than actually rode the rails in northern Manitoba.  Since I have been on a weathering kick of late for my boxcars and gondolas these cars have gone through the paint booth.  Road grime, rusty interiors and depending on the age of the car rust spots and gouges on the exterior.  These may get a bit more work down the road but so far I'm fairly happy with how they have turned out. 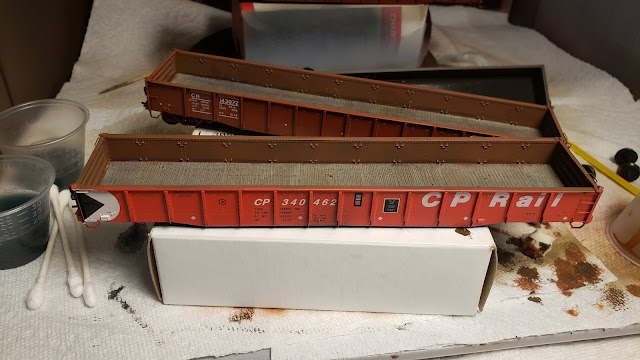 In the booth with the competition 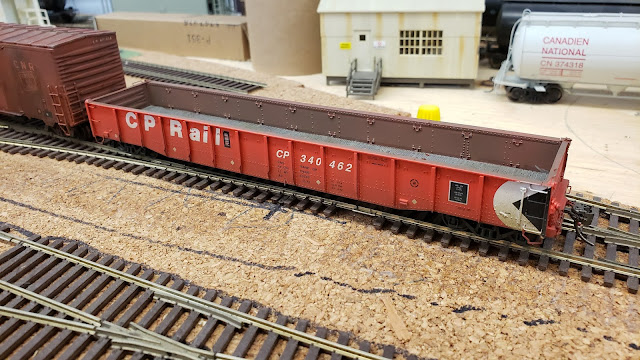 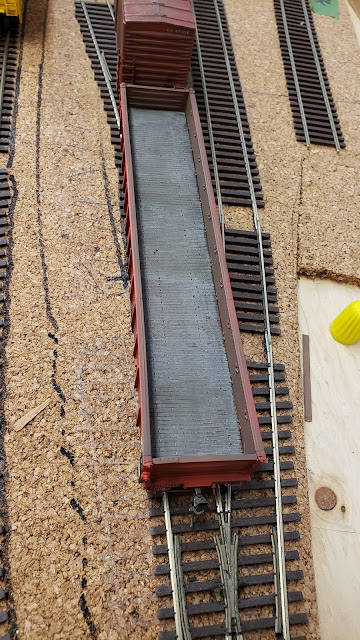 I weathered the floor to have an aged wood appearance.  It might be a bit too evenly coloured so this maybe revisited later 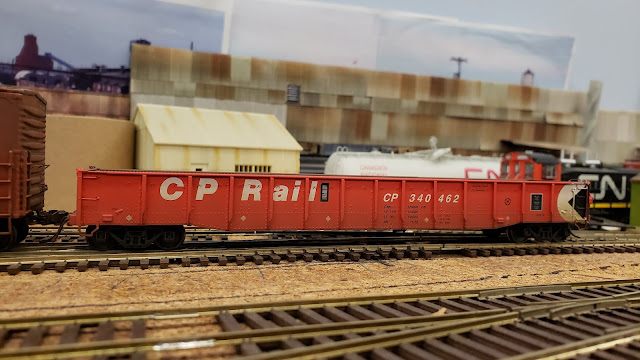 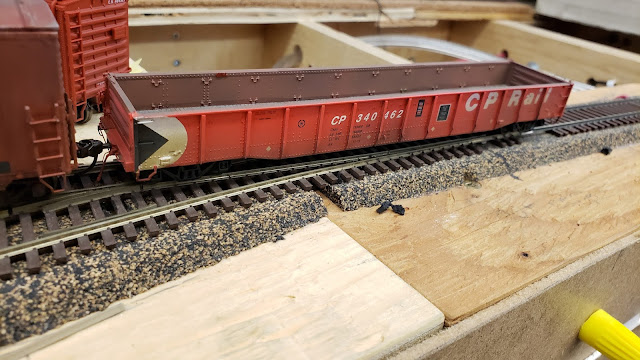 The car sided might need a bit more rust 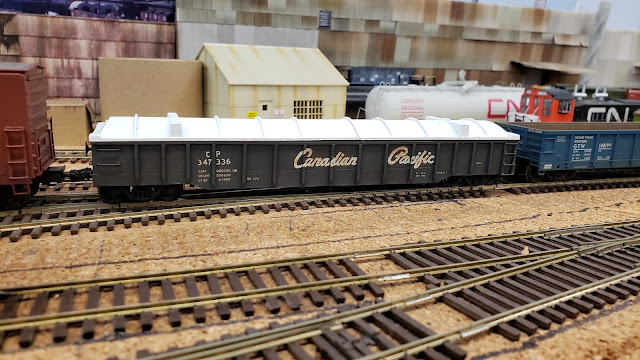 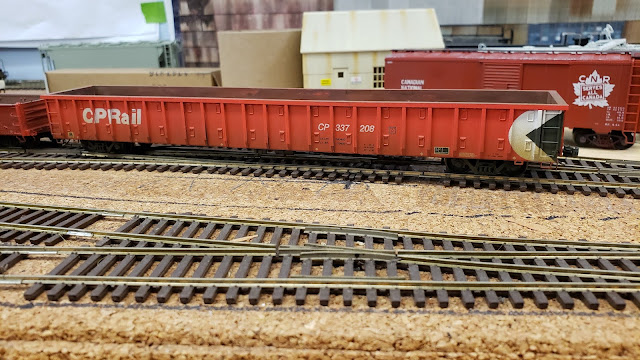 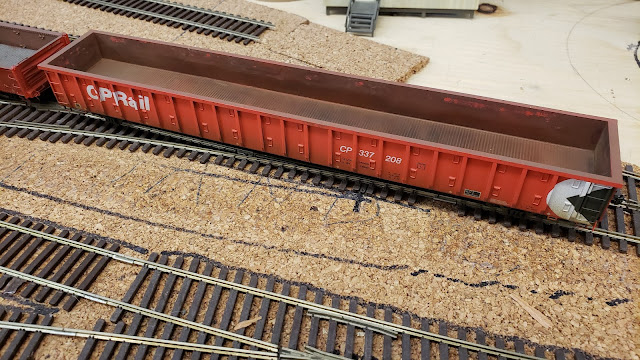 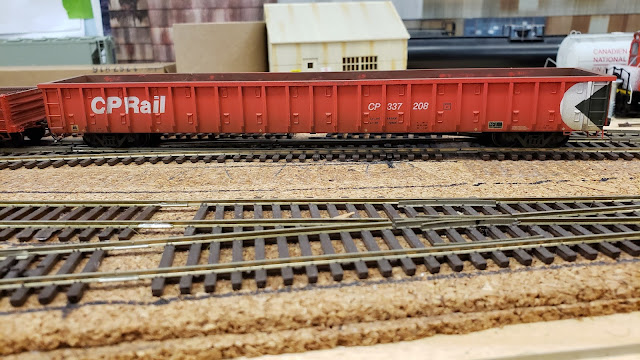 This 65' gondola was built in 1982 so it would be fairly new in my era.  Prototype photos I have show the remnants of red paint on the interior walls so I tried to show some original paint.  Of course I saw this after I had applied an ample coat of rust on the interior...
detailing freight gondolas Modelling Painting weathering

Popular posts from this blog 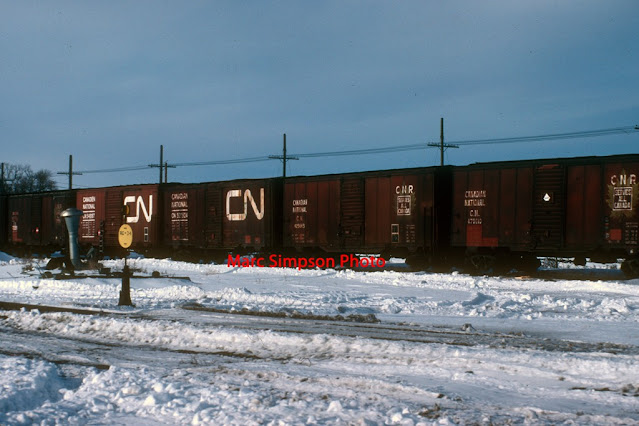 Canadian National had a long lasting fleet of 40 foot boxcars, some of which lasted until 1996 in grain service.  Modelling northern Manitoba in the early 1980's requires a significant number of 40 footers in both grain and general service.   Over the past several years I have been building out my fleet of these cars using RTR, kitbashed kits and resin kits.  There have also been numerous CN painted models done over the years, with some being relatively accurate while others are stand in models - some call these foobies. First Thing To  Do If you want to accurately model any CN steel boxcar your first stop should be to find a copy of Railroad Model Craftsman's August 1993 issue with Stafford Swain's seminal article "Canadian National's 1937 AAR design 40-foot steel boxcars".  It covers the entire range of 40 foot steel cars from 1937 to the end of 40' car deliveries in 1957.  This is "must read" material.  CN Lines has a number of articles on the
Read more 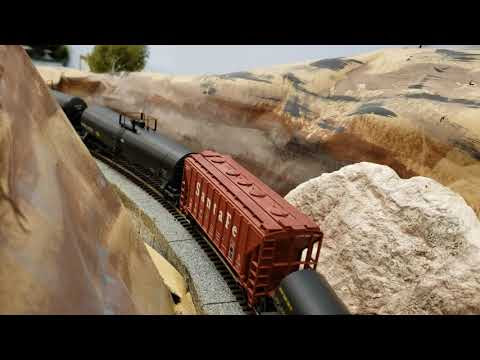 Three M420 lead a northbound mixed train.  I'm sure this must have happened somewhere at least once in the real world, right?
Read more 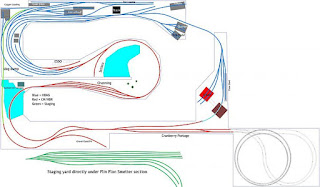 A little background on the prototype: The Hudson Bay Railway (HBR), owned by Omnitrax, took over Canadian National’s lines to Flin Flon (Flin Flon Subdivision), Lynn Lake, Thompson and Churchill Manitoba in 1997. These lines were built to access northern Manitoba’s mineral wealth and forest products. The Flin Flon Subdivision was completed in 1928, the line to the Port of Churchill in 1929, Lynn Lake in 1953 and Thompson in 1958. Another line to Snow Lake was built in 1960 and abandoned in the late 1980’s. Major traffic generators for the northern Manitoba lines include outbound concentrates and ingots from Flin Flon, Lynn Lake and Thompson, predominantly Copper, Zinc and Nickel. As well, inbound concentrates, mill and smelter supplies for the smelters and concentrators at these mining centers is shipped by rail; raw logs and chemicals going to, and finished wood and paper products coming from the Tolko lumber mill and pulp mill, frack sand from Channing, grain loads going to and grain
Read more